The Model is the logical data structure behind the entire application and is represented by a database usually a relational database such as MySql and Postgres.

The View is the user interface that is usually HTML CSS and JS, if web services are used it can be a REST or a SOAP endpoint that is consumed by the UI.

The Controller is the one that connects the Model and the View. Some data manipulation and processing can happen in the controller.

Suppose a user enters a particular url in the browser the Django application will process the urls in the routes file when a match is found in the urls file it calls the respective controller and does the processing and renders the UI. Suppose a match is not found then the application will throw an error or it will load the default view that is been configured. 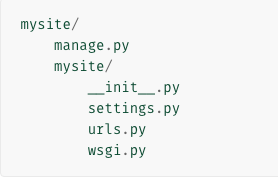 The files specification is explained well in the Django docs. 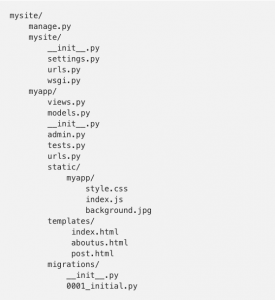 The created app folder structure is as follows. 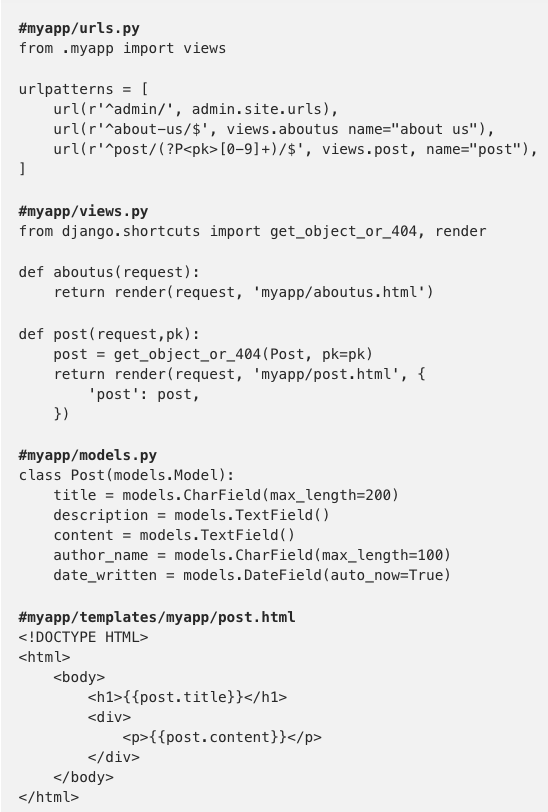 The reason why Django is loved by many developers.